Stand-up comedy has been becoming more and more popular. Mostly dominated by talented men, for a few years we are able to see professional women-comedians such as the incredible Amy Schumer- who didn’t laugh while watching her movie “Trainwreck”? If you are a fan of stand-up comedy or just want to spend an amazing time, be in fits of laughter and get to know the Irish sense of humor, then you cannot miss The Bray Comedy Festival.

The Festival is located at the Harbour Bar, taking place on 22th-26th of February and is organized by The Harbour Bar & Hardy Har Comedy Club. The festival kicks-off with an amazing show with Adam Burke and Ross Browne star of the well-known Irish comedy programme the Fear. You have a chance to watch the show from 7.30 to 9.00 pm and an entrance is free. Have you ever heard about the Savage Eye? Probably you have, if you are Irish or live permanently in Ireland. This black-humored, satirical show is one of the best in the country and you cannot miss David McSavage’s performance, who is the author of the show. The show starts at 10pm and lasts an hour and a half, ticket costs 10 euro. If you’re not convinced, you can watch part of the Savage Eye on Youtube. However the Bray Comedy festival doesn’t include only a big stars. You have an opportunity to learn about new rising-up stars during the battle entitled “New best act” on 23rd. The show will be enriched by Jack Wise, who is one of the best magicians in Ireland. His every performance is unique, you might see tricks with a cards and sword swallowing! The admission is free. Who never heard about Colin Murphy ? His spectacular gig takes place in the Martello from 9.30 to 11.30 pm, tickets cost 15 euros. Colin Murphy is well-known from programmes such as The Blizzard of Odd, The Unbelievable truth, the Blame Game, a show produced by BBC Northern Ireland and The Panel. He is believed to be one of the greatest Northern Irish comedians. You should definitely go and watch his hilarious performance.

If you have a children and wonder about how to fulfill their day in an interesting way, you may find a solution by taking part in “Science Magic”. The show takes place on the last day of the festival on 26th of February. Your family and you will be entertained by Donal Vaughan. He is a pretty popular magician who brings your relatives to a magic world mixed with science. For that reason you not only have a fun but also learn a bit about physics. 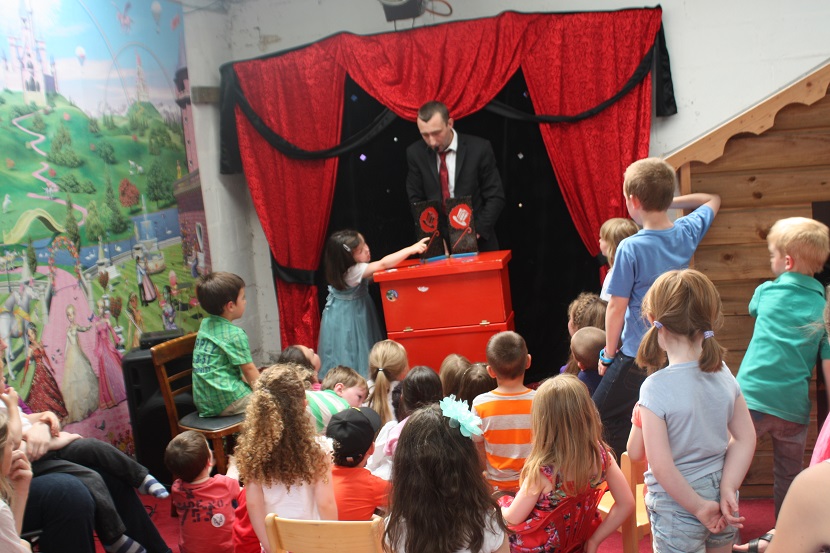 The best way to finish a festival is to have a party of course. You get this amazing chance at 8.30 pm at the Harbour Bar. The party is called “The Wrap Party” where stars such as Fred Cooke, Niamh Marron, Damian Clark will attend. More wonderful news is, the party is hosted by Karl Spain. This fantastic amusement costs only 10 euros.

Naturally not all attractions are mentioned, if you are curious check the website out http://www.braycomedyfest.ie/index.html